The Internet is a giant network of computers and devices that spans the globe, even reaching off-planet and into space, connecting the world digitally through wired and wireless connectivity and technologies. It's network reach spreads across the globe like the Archanan Arcnet Shield (Men In Black movie reference), almost providing Internet connection coverage anywhere on the planet (excluding some remote parts of Wales and Scottish Highlands of course). Whether its a hard wired fibre-optic connection between cities, wireless connectivity via wireless-mast installations or even satalite based connection, the Internet since its early creation in 1983, and the founding of the world wide web in 1990 is a remarkable achievement.

Did you know, network connection between many continents is provided under the ocean through the global submarine fibre optic cable network, and you can view an interative map of it here? When you think about laying a fibre-optic cable 13,000km under the ocean, between Highbridge UK and New Jersey, USA you soon realise how massive the Internet really is, let alone each component that comes together to make it work. 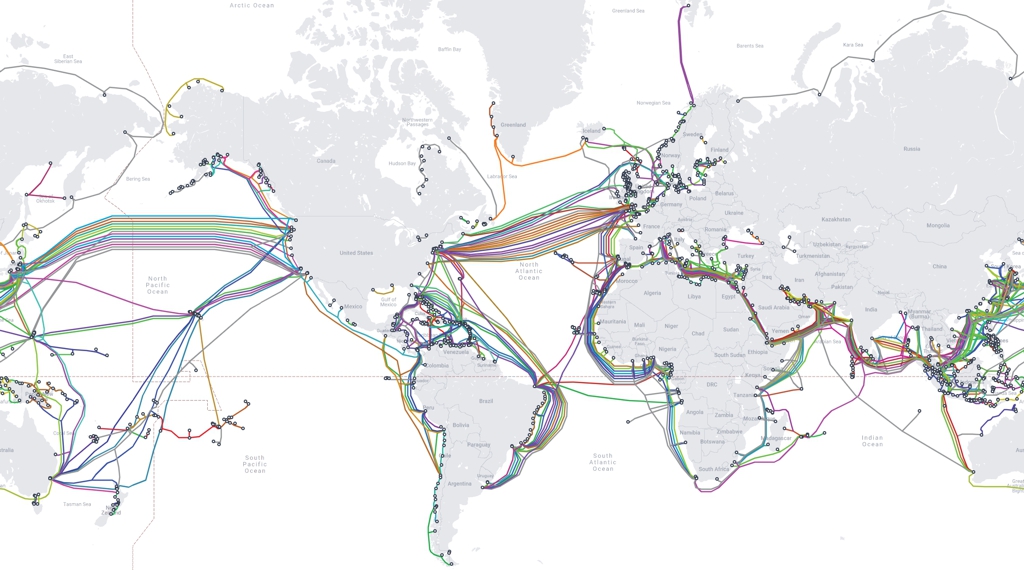 The Internet changed the way the world operates and communicates, on all levels you can imagine. From email messages to commerce, industries across the world moved with the times, sometimes through innovation and at other times by force. There are of course some industries that still operate without the Internet, but in reality they may use it somewhere within their journey, whether that be in communications, banking, advertising etc. There are though side industries that helped lead to the successful development of the Internet, such as computing and telecommications to name a few. Without advances in computing we'd have a global network connected and run by Commador 64s or Atari ST's. Without the innovations in wireless technology, satalite communications and network infrastructure there would be no Internet at all. I think it is safe to say, many of these industries carried themselves and worked side by side with world developments such as the Internet, I'm sure we could list many other industries that impacted the movement and were key to the overall success.

Some people lived without the Internet!

Yes, it's true! Some people were actually born before the Internet was created. As much as that is now a standing joke to bring humour, the reality it a large amount of the worlds population grew up without the Internet. Younger generations who grew up with it at their finger tips may never truly understand a world without the Internet. To be quite honest, it's quite hard to imagine, since that so many aspects of our everyday lives are impacted or connected to the Internet. Banks are closing high street branches and replacing them with online banking solutions, we can shop online and have groceries delivered to our door, we can educate online through online and remote tuition, we have a wealth of music, movie and media entertainment available to us online. So for those of us who knew a life before the Internet, what was it like?

This post is a work in progress, which I'll keep expanding on from time to time.

Did you find this blog helpful?

Why not buy me a Coffee and support the work we do. You can get a BIG Thanks on our supporters page too, by leaving a comment when you buy a coffee. Your support is greatly appreciated.

Your email address is used to send you updates about blog posts, news from our studio and occassionally insights to our services. You can read our privacy policy here for full details. We do not share your info.

This post is focused on the below topics. You can see more posts on niche subjects by clicking the topic link below;